It discards all that is bad about the Langstroth hive, and keeps the bee-space and removable frames. 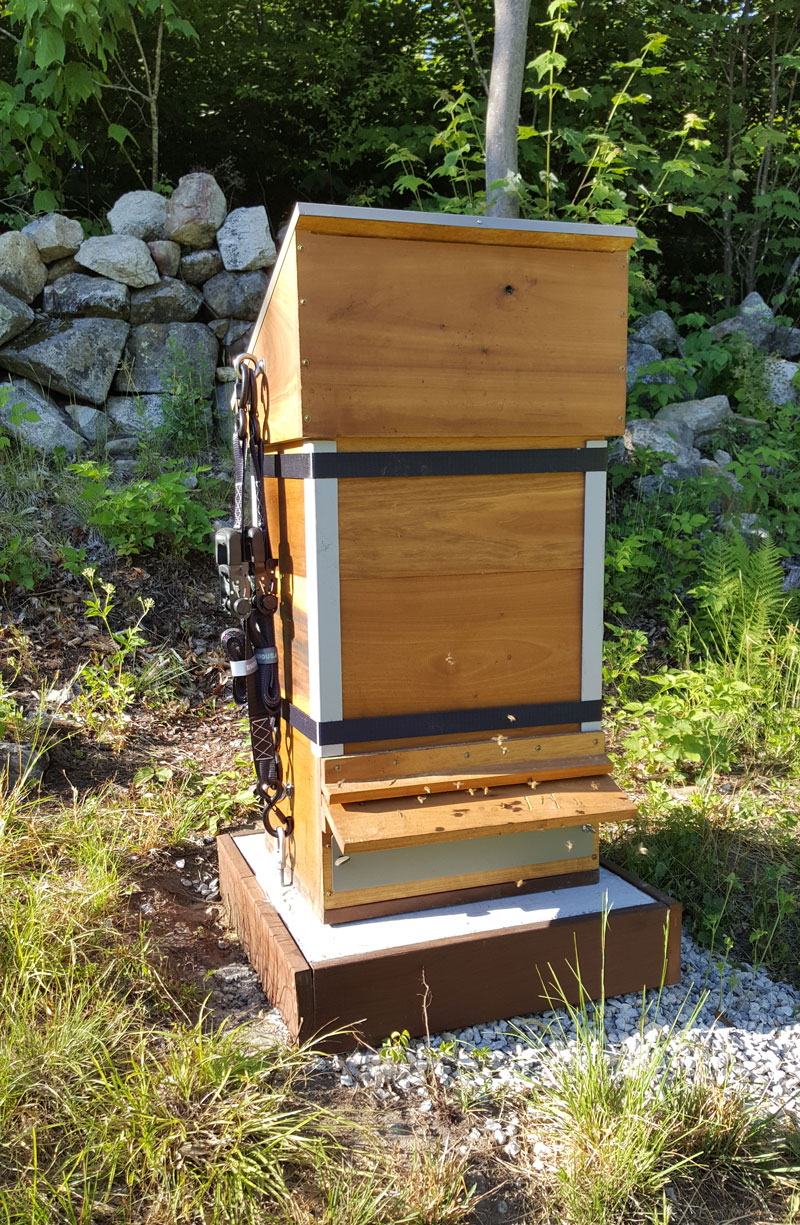 Keeping honey bees warm and dry in the winter is critical to their survival.

Beehives, like a properly designed heating system, need 3 things:
a fuel source, fresh air in, and exhaust air out.

In other hives, without the ability to have fresh air coming in, and exhaust air going out – C02 and humidity can’t escape, and the Indoor Climate Conditions in the hive decline. Excessive humidity inside the hive can condense on the inner cold surfaces, especially the inner and outer covers right above the bees, and drip down onto the colony, wicking it of its metabolic heat. The Bee Fortress Bee Hive eliminates this problem.

Keeping honey bees warm and dry in the winter is critical to their survival.

In the near future, Bee Fortress will be unveiling many innovative designs that will prove to make beekeeping easier and succeed in keeping honey bee colonies safer, healthier and ensure that they don’t die from extreme temperatures, condensation, mites and the industry-standard problems facing honey bees and beekeepers alike.

When I was 10-years old, huddling by the wood stove to stay warm, wearing torn sneakers and wishing for more food to eat, I never thought for a minute the problems that I faced would strengthen me in resolve and imagination to become a lifelong problem-solver. Ironically, my early childhood challenges turned me into a creative problem-solver and independent inventor.

Just as I’ve been doing for 22 years in Heating, Ventilating, Air Conditioning (HVAC), I’ve begun to do the same in beekeeping: solve problems.

Since I became a beekeeper, I have solved many of the problems associated with beekeeping, especially, in basic HVAC-related issues associated with Langstroth hives. This is something that I know a thing or two about, as I’ve been in HVAC since Tech School, in 1980. In fact, I’ve re-made the Langstroth hive into the Bee Fortress Bee Hive, so that bees have the best environment they could ever want to inhabit.

I’ve taken on the role to save bees by helping them flourish in their indoor climate. 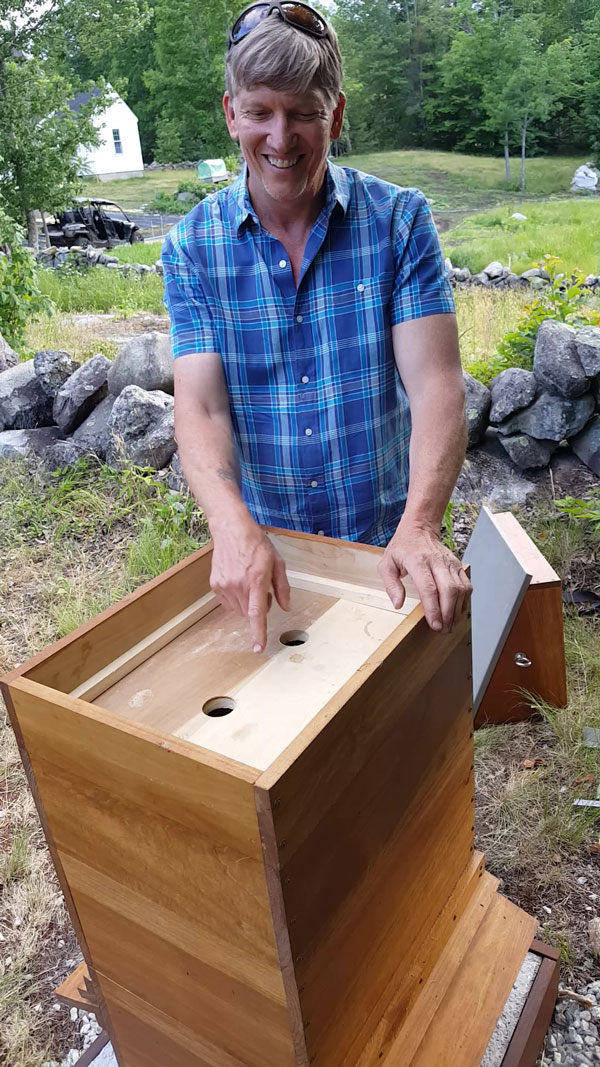